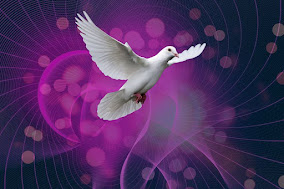 BIBLE TEXT: Ephesians 6:12. For we do not wrestle against flesh and blood, but against principalities, against powers, against the rulers of the darkness of this age, against spiritual hosts of wickedness in the heavenly places.

1. In the Name of JESUS CHRIST, I cover myself, family with the Blood of Jesus Christ.

2. I ask for Giant Warrior Angels to protect me and my family.

3. O Lord, As Your War Club and Weapons of War: I break down, I destroy, and blow up all walls of protection around all witches, warlocks, wizards, satanists, sorcerers, psychics and the like agains me and my family and my Ministry in the name of Jesus.

4. I release the Fire of God, the Blood of Jesus and destroy the power of all curses, hexes, vexes, spells, charms, fetishes, blood sacrifices and demonic fastings manipulating my destiny and family in the name of Jesus.

5. I release the Fire of God, the Blood of Jesus and destroy the power of all psychic: prayers thoughts,  projections, power, warfare, portals; all witchcraft, all natural artifacts of witchcraft, sorcery, magic, voodoo, all manipulation and mind control over my life in the name of Jesus.

6. I release the Fire of God, the Blood of Jesus and destroy the power of all jinxes, potions, bewitchments, death, destruction, sickness, pain, torment, incense and candle burning against my life in Jesus Name.

7. I release the Fire of God, the Blood of Jesus and destroy the power of all incantations, chanting, blessings, hoodoo, crystals, root works, eggs and cancel all curses being sent to me, my family, Ministry I return it and the demons to the sender, HUNDREDFOLD and I bind it to them by the Blood of Jesus Christ.

8. I cut and burn their ungodly silver cord and lay lines, in the Name of Jesus Christ.

9. I now seal up their powers within themselves, so that they cannot use them against anyone, and that their works are destroyed, NOW, in the hope that their souls might be saved for the Glory of God in Jesus name.

10. I release the Love of God to them in the Name and by the Blood of JESUS CHRIST, AMEN.

11. I am sitting in heavenly places in Christ Jesus far above all principality, power, might and dominion and every name that is named (Eph. 1:3).

12. I take my position and authority in the heavens and bind the principalities and powers that operate against my life, family, ministry, church and city, in the name of Jesus.

13. I destroy every program in the heavens that would operate against me through the sun, moon, stars and constellations in the name of Jesus.

14. I bind and destroy any ungodly forces operating against my life, family, ministry, church and city through Arcturus, Pleiades, Mazzaroth and Orion in the mighty name of Jesus Christ.

15. I cut the bands of the devil against my life and I ask for angelic assistance to remove any bands from my spirit, soul and body now in the name of Jesus (Job 38:31-32).

17. In The Name of Jesus Christ, I bind and disannul all deities and demons operating through the stars and planets against me and my destiny in the name of Jesus (2 Kings 23:5).

22. I pray for angels to be released to war against any spirit in the heavens assigned to block my prayers from being answered in the name of Jesus (Dan. 10:12-13).

SO SHALL IT BE IN THE NAME OF JESUS CHRIST

PRAYING ALL MANNER OF PRAYER

PRAYING ALL MANNER OF PRAYER   *BIBLE READING* Ephesians 6:16-18 (NKJV) 16 above all, taking the shield of faith with which you will be ab... 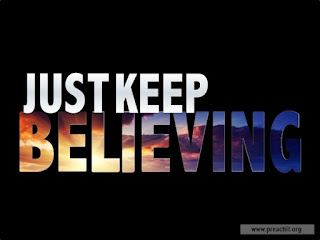